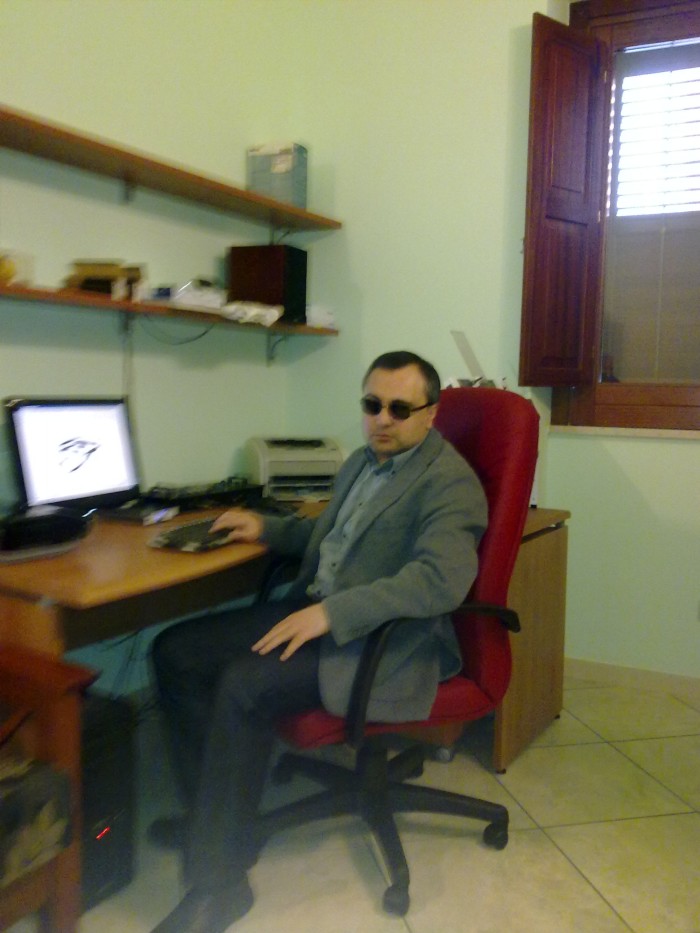 My name is Giuseppe Di Grande, I was born in 1973. I live in Avola (Siracusa) and I have a diploma in social sciences. I have more than thirty years of experience with computer science and software development.

In 1985 I started using my first home computer. In the early nineties I worked as an advertising graphic designer in a private television in Siracusa. In 1995 I lost my sight. I have been a vegan since 2013, and today I wonder why it hasn't been before.

Programming is the main tool to express my creativity, but it's not the only way I like to do it. I don't like being confined to a predefined role. I like challenges, the bigger they are, the more I try. My knowledge and skills are multidimensional.

To have me as a consultant and collaborator to grow your idea or develop your project you can Write me from here.

Today there are too many technologies to be globally competent. This is not a problem, learning new ones is not an obstacle. Having a low-level training, I love the depths of the OS and hardware more, but I also manage with the technologies that are abstracted from the machine. Here I list part of the computer skills.